Chase City is ideally located at the rural mid-point of Eastern America's population hubs. About half of the nation's population is located within a 550-mile radius of Chase City, and an 800-mile radius encompasses almost three-fifths of the population. The town is 160 miles from the ports of Norfolk, Virginia Beach, and Hampton Roads. Chase City is the center of arteries connecting Maine to Florida and is 150 miles east of the Roanoke Valley and gateway to Virginia's Southwest.

MacCallum More Museum and Gardens serves as Chase City's Visitor Center. This hidden gem has lush organic theme gardens with beautiful fountains and statuary from around the world.

The Museum houses three permanent exhibits: an extensive Indian artifact collection found locally dating from 9500BC; the Thyne Institute exhibit, an African-American boarding school established in Chase City in 1876; and the Mecklenburg Hotel exhibit, a hotel and spa established in Chase City in 1903, famous for its curative waters. It also offers revolving art exhibits of various mediums. 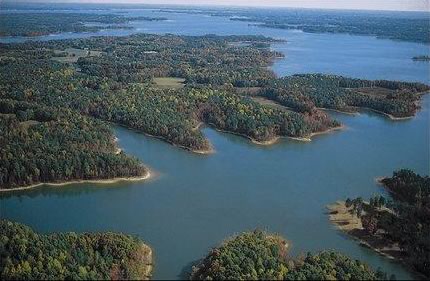 Buggs Island Lake, Virginia's largest lake with 800 miles of shoreline, John H. Kerr Dam, and Lake Gaston are within minutes of Chase City. The Mecklenburg County Country Club, citation fishing, boating, and water sports are enjoyed year round. Camping also is a top recreation enjoyed in the area, and sports such as soccer, football, softball, basketball, tennis, golf, and archery are enjoyed in the parks.

Chase City was incorporated in 1873 and named for Salmon P. Chase, United States Chief Justice and Lincoln's Secretary of the Treasury. It was settled by Northerners following the Civil War and became a colony for United Presbyterians. Always a center for commerce and culture.